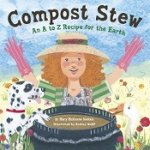 “Environmental chefs, here’s a recipe for you, to fix from scratch and mix a batch of compost stew.”

Thus begins this bright, delightfully illustrated book of sing song rhymes.  Mary McKenna has crafted an alphabetized lyrical list of, the many suitable ingredients for the compost pile.  The list contains a few surprises, and I won’t share them here so as not to ruin the surprise.  The meter and rhyme scheme lend themselves to easy memorization, and you may find your little one singing around the house as she or he collects the necessary ingredients for your family composter.  The illustrations embody the earth-friendly theme with their organic appearance.  Ashley Wolff’s illustrations seem to be a colorful collage composed of recycled scraps of newspaper, gift wrap, cotton balls, etc. which absolutely fits the environmentally friendly focus of the book.  The illustrations show children doing small chores around the house, gathering the ingredients such as “Jack-o-lanterns, kitchen scraps, laundry lint from dryer traps” to contribute to the compost pile.  Children will easily see themselves playing a role in Earth stewardship.  Be forewarned: if you don’t already have a compost pile, your children may ask you for one!

Krugman goes on to talk about how scientist, Prof. Richard Muller of Berkeley, was called to testify for a Congressional hearing on climate science.  Since Prof. Muller is a climate skeptic and has been leading the Berkeley Earth Surface Temperature project – an effort partially financed by the Koch foundation – Republican’s had been hoping that the Berkeley project would conclude that global warming is a myth.

They were shocked when Prof. Muller admitted that his group’s preliminary results find that there is a global warming trend “very similar to that reported by the prior groups.”

The Op-Ed goes on to say:
“For years now, large numbers of prominent scientists have been warning, with increasing urgency, that if we continue with business as usual, the results will be very bad, perhaps catastrophic. They could be wrong. But if you’re going to assert that they are in fact wrong, you have a moral responsibility to approach the topic with high seriousness and an open mind. After all, if the scientists are right, you’ll be doing a great deal of damage.”

As Unitarian Universalists, we believe in

We know that there are things that we can do as individuals, as congregations, and as a faith community to slow down, if not reverse, the trend of climate change.  And so we are called to do so.

If we don’t how can we truly say that we believe in the Seven Principles?

BOSTON, MA and HIGHLAND PARK, NJ — On March 30, the UUA and GreenFaith announced a collaboration to enroll UU leaders from around the US in the GreenFaith Fellowship Program.  This unique program helps leaders from diverse religious communities become effective religious-environmental leaders through an 18-month education and training experience.

Tuition Subsidies for Lay and Ordained UU Leaders
To support the collaboration, GreenFaith will underwrite 50% of the tuition of 4 UU Fellows annually during 2011, 2012 and 2013.  “The UU community has been at the forefront of religiously-based environmental leadership for many years,” said Rev. Fletcher Harper, GreenFaith’s Executive Director.  “We look forward to helping the next generation of UU leaders reach their potential as religious-environmental leaders.”  Application materials are now available.

Resources to Support UU Leaders
This new offering represents an addition to the substantial existing environmental resources offered by the UUA.  In July 2008 at the UUA’s General Assembly in Fort Lauderdale, the UU Ministry for Earth (UUMFE) symbolically handed off the Green Sanctuary banner to UUA leadership to represent the shift of the Green Sanctuary Program to the UUA. END_OF_DOCUMENT_TOKEN_TO_BE_REPLACED

I’ve recently learned about a new resource for greening seminaries.  The Green Seminary Initiative fosters efforts by theological schools and seminaries to incorporate care for creation into the identity and mission of the institution.

The Green Seminary Initiative has much in common with the Green Sanctuary program – the former is for theological schools and seminaries whereas the latter is for congregations.  Both programs make it clear that environmentalism and theology are integrally linked, social/environmental justice and ecological problems are intertwined, building community is important, and that it is important to celebrate your accomplishments.  The 20 Guiding Principles to Greening Your Seminary are also good to keep in mind when creating a Green Sanctuary at your congregation.

Currently there are only 7 seminaries who have submitted Green Profiles.  UU seminarians, I challenge you to get your school on-board with this effort and have it added to the list by Earth Day 2012!

After having their “Sample Statement of Purpose and Commitment” shared on the Green Sanctuary blog, Helen Deffenbacher from the Green Sanctuary Team of First Unitarian Church of Omaha wrote to me asking if I would include information about one of their service projects for Earth Day.  You don’t have to wait till you’ve been featured to send me information about your congregation’s Green Sanctuary efforts – I love to share congregational stories, so if you have one be sure to email me at RNelson @ uua.org and I’ll be happy to share yours too.

Helen Deffenbacher writes:
“The Green Sanctuary Team of First Unitarian Church of Omaha invites all Green Sanctuaries (and others aspiring to someday become Green Sanctuaries) to join us in a national spring housecleaning! The 2011 Reduce, Reuse & Recycle Scavenger Hunt will be held from now until Earth Day, April 22nd.
Groups set their own rules & target date for completion, make up a list of items each individual or family hunts for in their own homes, and award one or more prizes (optional)—preferably not more stuff but a green outing, for instance. END_OF_DOCUMENT_TOKEN_TO_BE_REPLACED

This sample Statement of Purpose and Commitment comes from the First Unitarian Church of Omaha (“A Different Kind of Congregation”).

One of the requirements to becoming a UUA Accredited Green Sanctuary is to file both a candidacy and an accreditation application.  Yes, though I loathe paperwork, I require people to fill it out on a regular basis.  When the UUA began to manage the Green Sanctuary Program we stream-lined the application process by requiring that people fill out standard candidacy and accreditation applications.  One might think that this meant that all applications would then begin to look the same – oh contraire!  Applications still look as unique as the congregations they come from.

Generally people get the point and provide all the required information.  A while back, I came upon an application that really took the “timeline for completion” section very seriously.  For their larger projects they broke them down into smaller pieces and created what I now call “benchmarks for success.”  These mini-goals would ideally help the congregation stay on track, know when they’ve significant accomplishments (often times when we are in the midst of larger projects its hard to see that you’ve made any headway), and lead them to success.  This is something that I would have never have imagined would have come out of the “timeline for completion” and I am grateful to this congregation for inspiring me to come up with the idea of “benchmarks for success.” END_OF_DOCUMENT_TOKEN_TO_BE_REPLACED 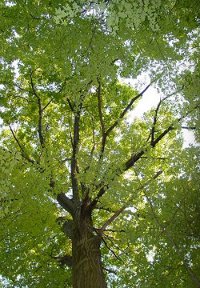 IF YOU ARE A LOVER OF TREES… this could be your opportunity to make a profound contribution to our UU religious tradition and to GAIA (Earth).

Up for adoption, is the “10 Tree Challenge,” a simple project that resulted in 40+ churches (and 50-100 other orgs.) planting over 3,000 trees. Beyond the tangible results, an exceptional spirit emerged across the UU world as a result of this project. UUs grasped the simple idea, and then brought it to life in a myriad of creative ways that fit their particular congregation.

UU’s are still hungry for meaningful ritual. Tree Planting proves to be both a powerful symbolic ritual and a way that UUs could make a visible contribution to their communities. UUs of every ilk, young and old, intellectual, political, spiritual all embrace this project.

I initiated, encouraged and facilitated the project, and watched it take off. Then other aspects of my ministry intervened. I was serving two congregations, and offering trainings in “Compassionate Conversations” (aka nonviolent communication). I wasn’t able to remain focused on the “10 Tree Challenge.”

The right person could help this project spring back to life like a tree after a season of dormancy. I would be glad to advise, coach, encourage and share some ideas. Or perhaps your creativity will be what makes the difference. END_OF_DOCUMENT_TOKEN_TO_BE_REPLACED

From The Rev. Cannon Sally Bingham, Interfaith Power and Light 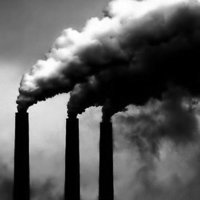 “The House and Senate leadership appear to have reached a temporary two-week budget extension, thankfully, without the EPA attacks in the House spending bill. But the longer term budget battle is only delayed, and so far, the House leadership is refusing to back down on their spending bill that guts core environmental safeguards. Please let your representatives hear from you today. The House-passed bill poses a reckless threat to the air we breathe. It represents skewed values that favor polluters over children’s health.

The House spending bill cripples the EPA by slashing its budget by 30%, while fossil fuel subsidies continue. It bars the agency from curbing carbon pollution, and cuts clean energy research and development that is crucial for job creation and economic revival. The spending bill even blocks the air pollution standards aimed at cleaning up toxic pollutants, like mercury.

People of faith have a responsibility to speak out against this attempt to hold our environment and our health hostage to special interests and sacrifice 40-year-old environmental safeguards. The moral voice of the faith community needs to be heard now more than ever.

Will you help me stop this dangerous bill in the Senate? The fossil fuel industry’s lobbyists are walking the halls of Congress at this moment. It’s up to us to defend our families, neighbors, and future generations.

Please tell your elected officials that the air we breathe is a God-given human right, not a political bargaining chip. 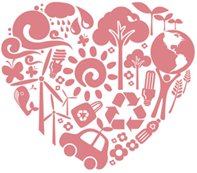 Congregations may also be interested in requesting a copy of Covenant: A Film About Faith in Action to host a screening at their congregation.  In addition to the film, IPL has Covenant materials that would help you hold a discussion and learn more information.

The Rev. Canon Sally Bingham, President and Founder of IPL, also encourages you to Tell Congress to Love the Earth.  And learn about what other faith communities did for the National Preach-In On Global Warming at the IPL Facebook page.